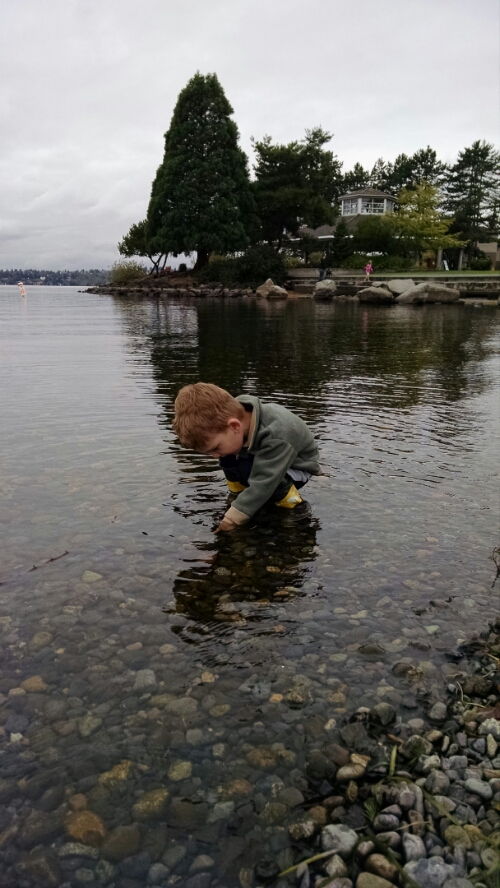 Today we had church in the park in downtown Kirkland. Afterwards, Benji wanted to go in the water, and we said OK, since we brought his boots along. I told him to not let the water go over the yellow part of his boots, but that didn’t account for squatting down in the water. Silly me.

On a more serious note, later some bigger kids were playing in the water, too, and Benji went in deeper and deeper after them. Ian and I called him back a few times, and he sort of came back. Next time, I’m going to set boundaries – if you go in over the yellow part, we’re going home, period. No pushing the limits. Anyway, he slipped on the rocks and fell on his bum a few times, but one of the girls helped him up again. Continue Reading >>