Benji turned four on Monday. For his birthday, he asked not for more presents, but for money so he could buy the toy he’s been saving for with his allowance. So, at our small family party, we did a scavenger hunt in which Benji slowly found about $5 (in $1 bills, of course) from each family, giving him enough to buy the truck he’s wanted since he and Ian went to Seaside a month ago. A month is a long time to wait when you’re four!

On Tuesday, we acquired the much-desired truck set first thing in the morning, even before his 4-year checkup. 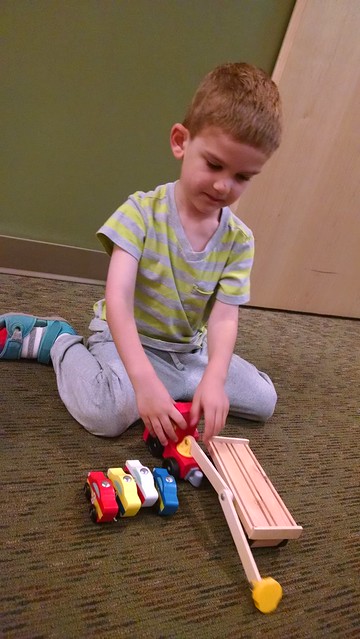 Speaking of the 4-year checkup, the long and short is that, after taking another urine sample from Benji, his regular doctor took him off the antibiotics — possibly the best birthday gift ever for me and Ian! The second sample was completely normal and healthy, no infection to be seen, and we’d already done the drugs for five days. The doctor said normally he’d only prescribe a 3-day course for a UTI anyway, so we were done! Hallelujah!

The other small birthday presents for Benji turned out really fun, too. First, Grammy and Papa Gary gave Benji a fort. That is, it’s really a lightweight square tarp with a ton of Velcro elastic bands all over it and a door and window on the sides. It’s kind of like a rain fly without the tent. You can use it to hook to all sorts of different things, such as (in a non-hypothetical example) kitchen chairs. Instant fort! 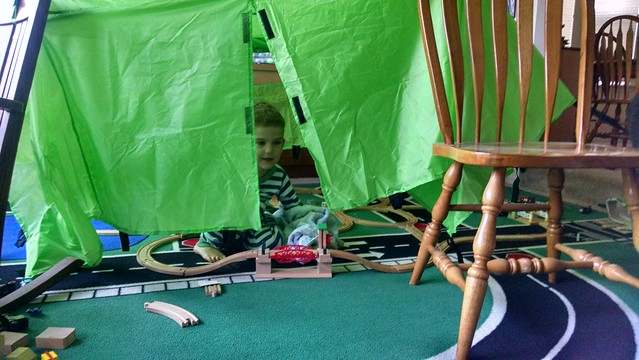 Mom and Dad gave him some small Lego sets, which has set off a Lego craze at our house. Fortunately, Ian and I are well-equipped to handle such a craze, having retained all our childhood Legos for just such an occasion. Right now Ian and I are mostly doing the building, as it requires a level of fine-motor dexterity and strength Benji doesn’t have yet.

Actually, that’s something I want to work on, but I’m not quite sure how. When he thinks he can’t do something, like put together Legos, he just gives up without trying, or with only a halfhearted attempt. I’m not sure how to encourage willingness to try and fail. Since Ian and I are both recovering perfectionists, we aren’t exactly the best guides here.

Anyway, last but not least, when Colleen and Jordan visited, Colleen wore a camo jacket that Benji really liked. They played a camo search game where she “hid” while wearing her camo jacket and Benji had to find her. It was quite a delightful surprise to receive a camo jacket of Benji’s own in time for Benji’s birthday. 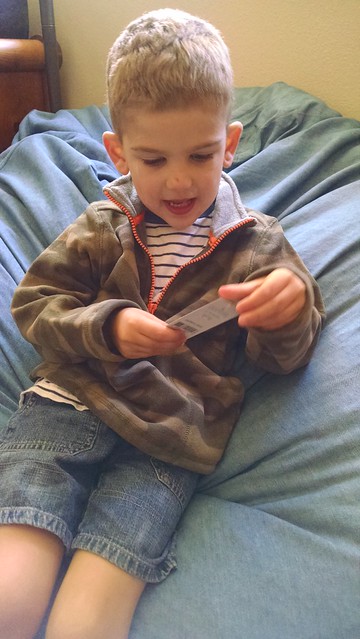 In keeping with the Camo Game, here’s Benji being camouflaged in the park. Because scorching hot summer temperatures never stopped us from enjoying a fleece jacket! 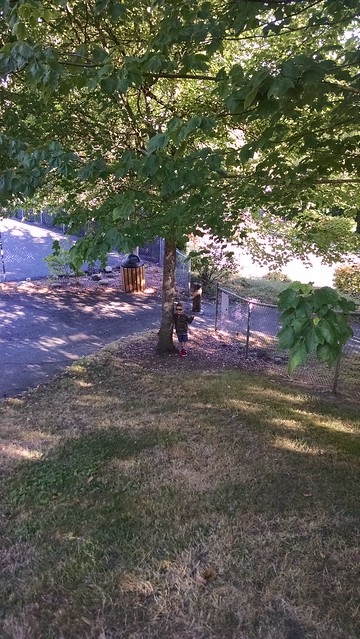 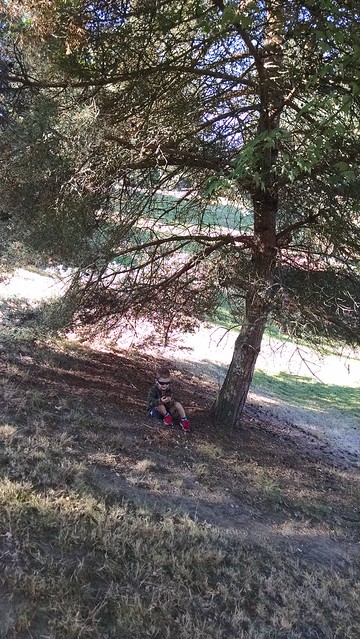 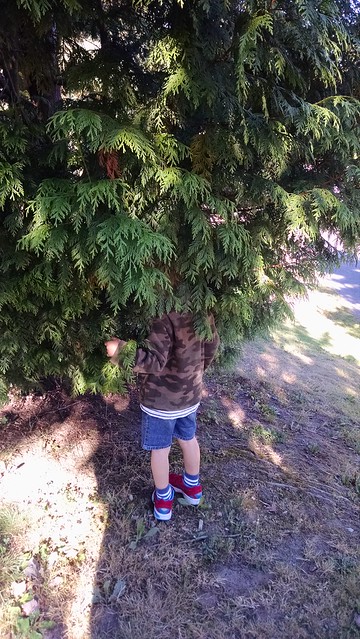 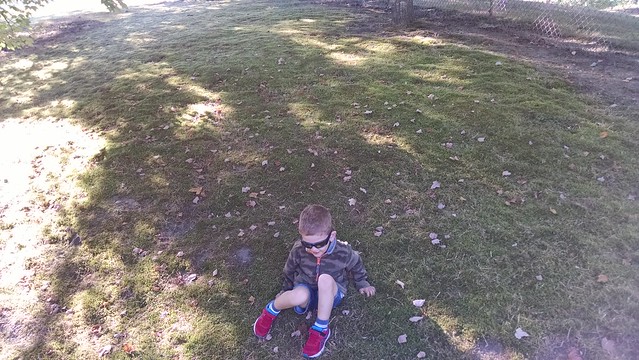 Last but not least, and not related to Benji’s birthday, after obtaining our CSA share, we got to visit Papa Joe at his work yesterday. This involved a lot of shushing on the parts of us adults as we walked around the up-high mini-track that went around the main work floor, but overall Benji did a nice job. It was a bit of a vertiginous view out the windows from that vantage, too. 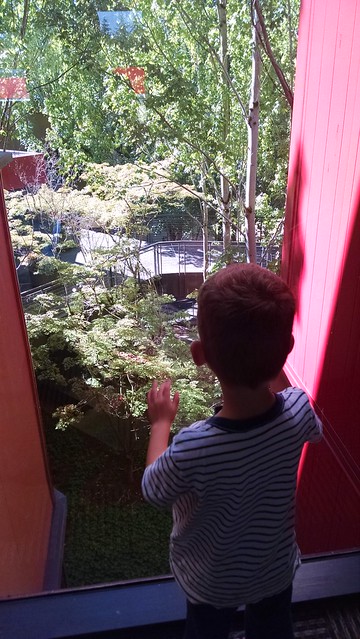 2 thoughts on “Friday Photos: Now We Are Four”