A while ago, I was thinking to myself, “What did we do for news before this election?” It feels like the election has been going on so incredibly long, news organizations and news consumers alike have forgotten what else to talk about. Maybe I just tend to get sucked into politics more lately, but my perception is that coverage has skewed to covering the juicy, disgusting rotting carcass that is our current election cycle even more heavily than in normal election years.

I keep hearing about the divisions in our country — between Trump supporters and everyone else, between Republicans, between whites or police and blacks or police, between rich and poor, between country and city, between immigrants and citizens by birth, between Muslim and non-Muslim… It goes on. It’s disheartening.

But I also wonder how much of it is just news, in the sense that we keep hearing about things because they make such great stories, not because they’re really as bad as portrayed. Surely there are an endless number of instances of people helping others different from themselves; crossing divides; accepting differences. After all, at heart we’re all people, trying to make the best way we can. This is America, the great melting pot. Nearly all of us have family who were immigrants at some point; it’s not like any of us white people can claim to have 500 years of family history in a place here like some can in Europe.

Anyway, I’m not going anywhere specific with this, except to say that it feels like the news coverage shows us the worst without showing the best, giving an incredibly skewed view of the state of things. Thus, I’ve been taking a break from the news ever since I mailed my ballot earlier in the week, including no Facebook at all and no reading political-related articles online.

And you know what? It’s refreshing.

Maybe I’m just burying my head in the sand, but overall it’s sure nice not to spend my time head-shaking at how impossible Those Other People are, or feeling outraged at the latest political scandal (of which it seems like this campaign has at least a few per day). I finished reading a book. I’m listening to music. It’s nice.

Might be good for all of us just to step back, take a breather. Sure, things are bad. But they’re always bad. And let’s not forget that lots of things are good, too.

In view of this, here are a few good things that happened in my life lately.

1. I have the privilege of voting. Which took a long time, with all the stuff on the ballot. The privilege of spending time learning about each issue and candidate, and using the reasoning ability God gave me to try to make a wise choice.

2. Dad and I got to go for a really nice bike ride together yesterday while the weather wasn’t just OK, it was gorgeous. Plus I got to ride my favorite beautiful pink bike, which is a little slower but way more comfortable and all round wonderful.

3. Benji is four, and Four is Fun. I told Benji this joke: “I tried to catch fog yesterday. You know how it went? Mist.” And he got it, and thought it was hilarious and bad, which is awesome! So puns are in our future, which anyone who knows us already could’ve anticipated. Also, we’re able to go do interesting things, like go to the https://www.lego.com/en-us/stores/events/americana-roadshow display at Alderwood Mall. 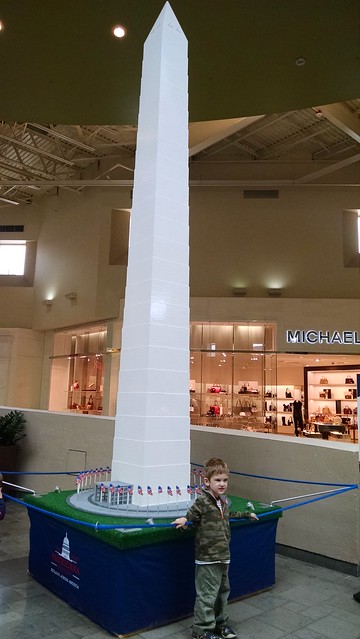 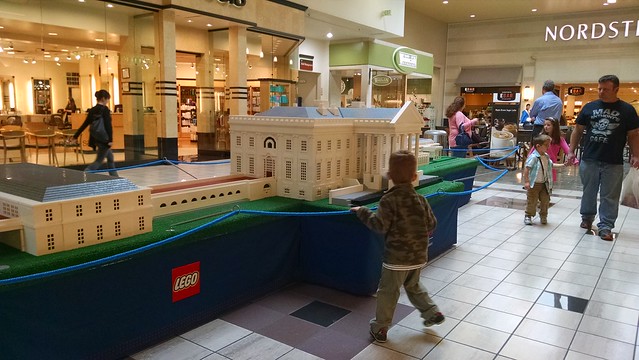 We were inspired after this insane display of Lego prowess, and had a fun time building at the free play area. 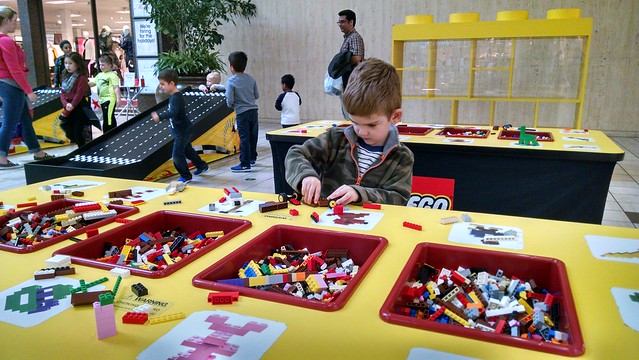 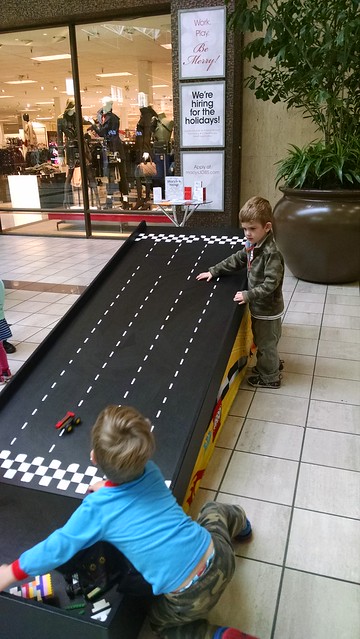