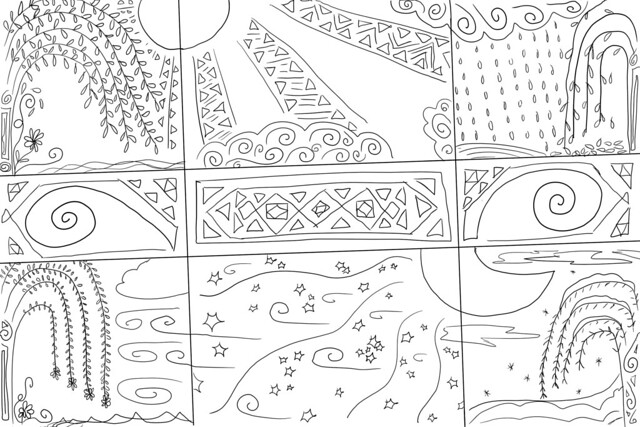 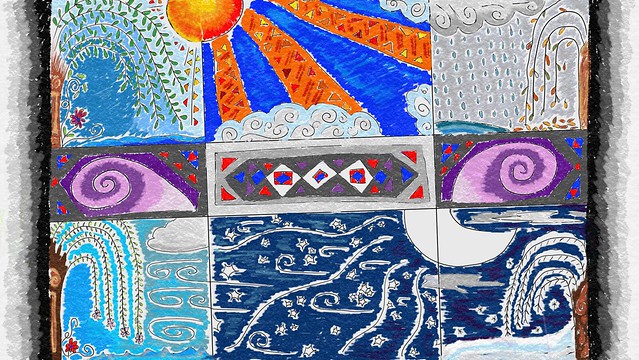 I know NaNoWriMo is about writing a novel, or story, or something with a story arc of some sort, but since I’m only sort of participating, I figure I’ll do it however I like. Today I’m not exactly bursting with fictional creativity – there’s something about spending all day around financial forms that seems to dry up that normally overflowing spring (are there springs that don’t overflow?) – but I can’t really blame it on anything other than myself, really. Lots of people have soul-sucking jobs that are far worse than mine, and they still have lots of creative juices. In fact, it seems like some people just burst with it in general, like being in a blank job just gives them time to come up with cool ideas.

Maybe there’s a discipline to creativity, as with anything in life. The more you practice your creative passion, the more you’ve got ideas about it, the more you want to do it, the more you improve and enjoy yourself. Maybe that’s why watching movies (for most of us) isn’t so great. It’s often more a passive absorption than a creativity-stimulating exercise.

But maybe that’s partly because I prefer to watch stupid, feel-good, totally brainless flicks. Judge me if you like; I’m sticking with it. I encounter plenty of pain and suffering and misery in my real life and, indirectly, through the news. If I want sobering stories of the depressing realities of life, I’ll just open up a newspaper (metaphorically – which, incidentally, is why newspapers are struggling! Imagine 30 years ago not getting a newspaper, and now the Seattle Times has barely over 150,000 daily deliveries; but that’s an issue for another time).

So, yes, I like dumb feel-good flicks that don’t force me to examine my soul or life choices. I’ve got plenty of that in other parts of my life. I know that just being alive as an American I’m using more than my share of resources, living more comfortably and with greater waste and excess than any other culture in the history of forever, and that this lifestyle is destroying the planet. I’m already depressingly aware of the hideous things people do to one another, and I don’t need a documentary or some “based on real life” film to fill my mind with even more images of the horrors we inflict on each other. Maybe it’s just that we’re finally approaching the end of what may have been the filthiest, most horrid campaign season ever, but I’m feeling plenty depressed with our cultural choices in every arena right now. No need to watch some movie to rub it in.

Oh, yes. Creativity and discipline. As I spend more time as a grown-up, it seems like I keep running up against that old idea of discipline. Now, when I was a kid, I would’ve said that discipline and creativity were diametrically opposed. Isn’t the point of creativity to break the shackles of society’s mores and explore yourself and your ideas in freedom?

Of course, that’s an easily refuted argument. What of artists and musicians and other creative folks who spend years of their lives perfecting their art? Discipline is most certainly required to play a musical instrument well: You can’t just pick up a violin and produce music to make an audience weep… except perhaps from pain. Surely the same is true of artists, writers, and all sorts of other creative types. Only after mastering the discipline of an art can true creativity blossom.

For that matter, pretty much any activity in life goes better with the discipline of practice. We think of hobbies as the thing we do for fun, but how fun is something you never practice at, and therefore (in general) aren’t very good at? I ride my bike with discipline (sometimes) and as a result enjoy myself more when I achieve goals I set. Perhaps for hobbies we don’t think of it as having discipline, since we get to choose to do the fun thing. But I think still there are times you do something for a hobby that requires exerting discipline.

When I slack off (which, full disclosure, I’m doing now, and feeling rather guilty about it), I usually regret it later. I tell myself, “I just need to take it easy and not have to do one more thing.” We definitely have cultural support for this concept, too, the whole, “Go on, you’ve worked hard all day long – you deserve a break from having to do one more thing.” In reality, maybe the fact that we are so utterly drained at the end of the day that we need that complete and total cessation of discipline reflects badly on our (as a culture) life choices.

When I started my job, I worked 10 hours a week. But over the last year, my hours have crept up so now I’m doing over 100 hours a month when needed. Some months just don’t have that much work. It’s a cyclical business, to some extent.

You know how I feel when I see my timesheet tipping in at over 20 hours a week? I feel first proud, like I’ve accomplished something. If I’m below 20 hours, I feel like I should try to get a little more done. But the I feel disappointment and shame, because what’s to be proud of? I spent less time caring for my family, less time caring for myself (it’s either bike or work when Benji’s otherwise accounted for, usually a pretty stark choice), less time caring for the house, more time stationary in front of a computer screen. For what? For $20 an hour? So then I’ve used up time and energy and discipline, to fill out forms and answer emails and make phone calls.

And what about idolizing our kids? Don’t take this to imply I think we shouldn’t spend time with our kids. We should, and that’s one of the blessings and curses of being a stay-at-home mom. Yet I think that, in general, there’s this view that we can’t spend enough time with our children. That once they’re born, children should be the pinnacle of our lives, the thing we’re most devoted to, the most defining part of who we are. But all too often I feel like, at least in my family, that becomes a paramount and unquestioned duty, to the detriment of other important relationships.

What about taking care of my marriage, that foundational relationship with my spouse? We take it for granted, yet if that fails, what happens to the kid? We underestimate the importance of investing time in our marriages, I think, because somehow kids seem more important. However, without that cornerstone relationship between spouses in place, the entire family crumbles and falls. We forget that we are more than just “Mommy” or “Daddy” – we are “Wife” or “Husband,” too, and that relationship doesn’t just stay healthy on its own. Will my flabby abs will become a rippling six-pack if I just ignore them? Will my leafy yard rake itself? Will my empty fridge fill itself? (OK, maybe a bad question, since they are moving towards fridges that can reorder food when they detect it getting low.)

No wonder I’m – we are – exhausted by the end of the day, discipline reservoir used up! My life is a piece of cake compared to many, and still it’s hard to force myself to do even enjoyable hobbies by the end of the evening. I’m sure we’re not the only family to collapse in a heap on the couch and watch an episode on Netflix most evenings. When it’s not Netflix, I’m just sitting and reading my own book, which I’ve looked forward to all day.

Nothing wrong with spending time those ways, per se. Movies, books, relaxing – no harm there.

Almost invariably, I feel happier and better about myself when I overcome the voice of inertia and laziness. I’ve hardly ever regretted a bike ride, except a few rides where I was sick and should’ve stayed home. I’ve rarely regretted keeping Netflix off in favor of a long, screenless conversation with my spouse. What’s the point here? The point is that everything comes down to discipline. Not punishment-style discipline; self-discipline. When I’ve made my life too busy, too full, too tiring to responsibly exercise discipline in pursuing my hobbies as well as my duties, I – and those around me –suffer for it.

So, yes, I do believe this is turning into the argument for working less and playing more. What a ridiculous thing to have to argue for! And yet I myself easily buy into the idea that I’m more valuable because I work more, or because I parent more, or because I execute whatever my other duties are. Sure, duties have to be done. It’s part of being an adult. That’s fine. But I am more than my job (thank goodness), more than a mother, more than a cyclist or a wife or any of those good things. I am the sum of many things, all of which require my time, attention, and, you guessed it, discipline.

We have a choice, about how many duties we take on and in what manner we execute them. Do we choose to allow any one thing, or a few things, to suck dry our entire spring of self-discipline? Why do we feel those specific responsibilities require such devotion? What makes those duties paramount, worth sacrificing our own ultimate well-being for?

I guess I’m advocating for a theory of moderation in life* that allows us to have the energy and discipline to pursue our hobbies and passions with the same energy that we devote to our duties. I think we’d all be substantially happier, better rested, and overall healthier if we gave this a shot.