“What I’m trying to do here is get you to relax, to not be so preoccupied with getting, so you can respond to God’s giving. People who don’t know God and the way he works fuss over these things, but you know both God and how he works. Steep your life in God-reality, God-initiative, God-provisions. Don’t worry about missing out. You’ll find your everyday human concerns are met.
Matthew 6:33-34 (Message)

“Breaking up is hard to do,” or so I’ve heard. I haven’t talked much about my job on this blog, because things said on the internet stay on the internet forever. I don’t intend to change that policy now, so this won’t be a long ranting post about all the reasons I’m leaving (it may be long, but not a rant, anyway). Suffice it to say that I’ve spent some substantial time considering my career path and existing opportunities, and after four years with my current job, it’s time to move on.

As many of you know, I never intended to get into the finance industry. I got a BS in Technical Writing, and my first job was writing lab reports at a preclinical testing facility. Some people object to the animal testing aspect, but I found the job to be quite up my alley. I probably would have continued doing that job quite happily for many more years, but alas, the company got into financial difficulties and laid pretty much all the technical writing staff off as expendable (“we can have the scientists do it in all their free time!” Uh, sure). That worked out fine for me because we were ready to move back from Massachusetts anyway.

Funny… that was six years ago this month.

Finance was never my passion. I’d not planned on rejoining the workforce for many years, expecting to remain exclusively a stay-at-home mom (won’t get into what a misnomer that phrase is!). When my boss offered me a super-flexible 10-hour-a-week job shortly after Benji’s birth, I thought, “Why not give it a try?” I had spent many hours biking with my boss before she hired me, and we certainly think alike in many ways. She knew I was a complete finance neophyte, and she was willing to take me on with the expectation of training me on the job.

All things considered, it’s gone amazingly well for the last four years. At first I worked maybe 10 hours a week, sometimes less, learning the business and my firm’s processes. Over time I’ve slowly taken on additional responsibility, until now I work closer to 80 to 100 hours a month, having absorbed tasks from a coworker who retired as well as taking on more of my own duties. I think I’ve gotten decently good at my job duties.

However, as my level of responsibility has grown, it’s become increasingly clear that my boss needs someone 40 hours a week to provide the support she needs. We’ve had frequent conversations about my boss’s concerns, but despite implementing several procedural changes to address the issue, frustration has remained. I remain constrained by the fact that I serve as Mommy first and Client Service Administrator second, and when wearing my Mommy hat, I stringently avoid working unless it’s an emergency.

I remember a few years ago, Ian and I had our couch cushions replaced. The upholstery place took our entire couch away, leaving us with a blank space in our living room. Time passed. By “time,” I mean a month. Then two. We’ll just suffice it to say that months went by, and I kept calling and asking about our couch. Finally, when they delivered the completed couch, they said, “We’re sorry it took so long. We had some clients with upholstery emergencies.”

WHAT THE HECK is a upholstery emergency?

I mention this because I know that sometimes emergencies are in the eye of the beholder. In the long run, however, I’ve come to realize that despite four years and two licenses in the finance industry, my passion remains with technical writing. I actually liked my first job, and I enjoyed best aspects of my finance job where I got to create documents or write or edit copy. That’s probably a good indicator that I need to look in that direction again.

To that end, I’m also applying for a technical writing job at a company called Tamarac. They write financial software, and I’ve worked with a fair bit at my finance job. This is a full-time job in downtown Seattle, so it’s a huge leap of faith to even apply. Ian and I don’t know what we’d do with Benji if I started a full-time job with that long of a commute. But I’m feeling really strongly that I’m meant to pursue this opportunity — much more strongly than I’ve felt about employment in years. So we’re going to take the leap and trust that God will provide if it’s meant to happen.

Time to go out on a limb. If nothing else, life will look very different in six months. If I could climb Mt. Haleakala, I can do this. 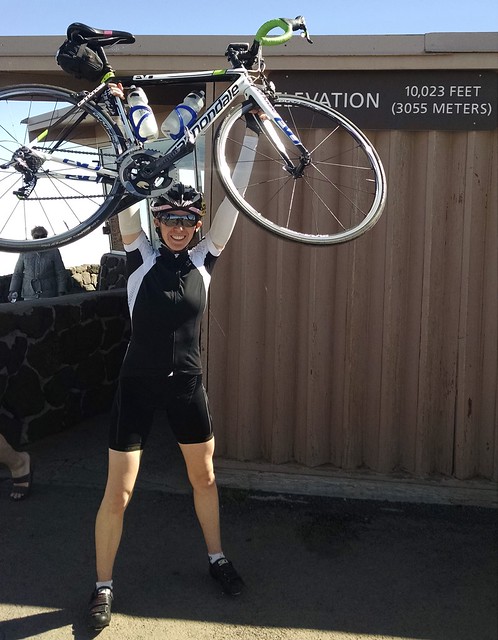