Today is Saturday. I am still too sick to do a bike ride, but with the assistance of a heavy dose of ibuprofen, I’m feeling well enough to do some low-level stuff with Benji.

Such as the 45-minute architectural wonder we call the Rainbow Castle.

First we built the castle. Benji said, “It needs a strong foundation to hold the rest up.” Good call! He remembered that from a Veggie Tales video (!). I didn’t take any pictures until the main tower was built. 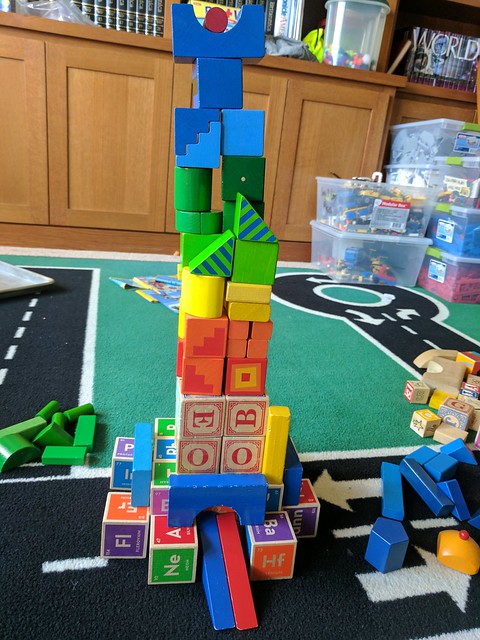 Then we decided to build a wall and a moat. 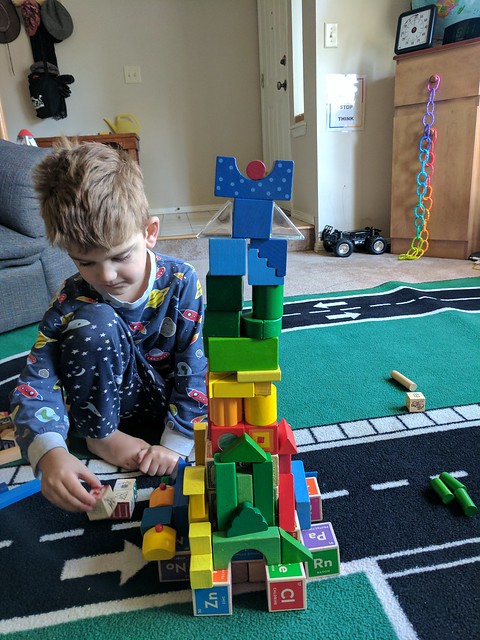 We finished that and then added some rainbow blocks around the wall, because rainbow. 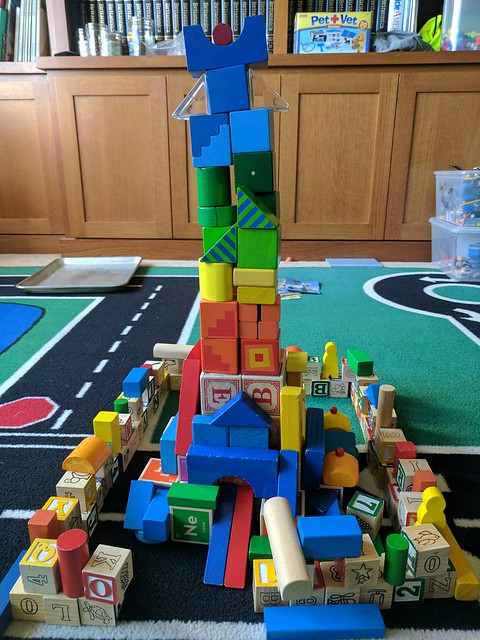 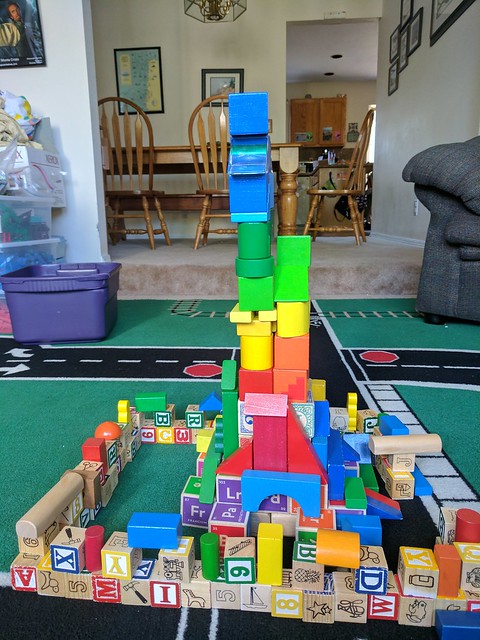 Then we took Benji’s $31 dollars he saved up from his allowance for many months and went to Snapdoodle. There Benji made some really good optimizing choices. He found a two $10 Lego sets and determined that he could still buy a stuffed animal that was $10 or less. So he found one $8 stuffed dolphin, and bought all three things for $30.77 with tax. Talk about getting the most out of your money! 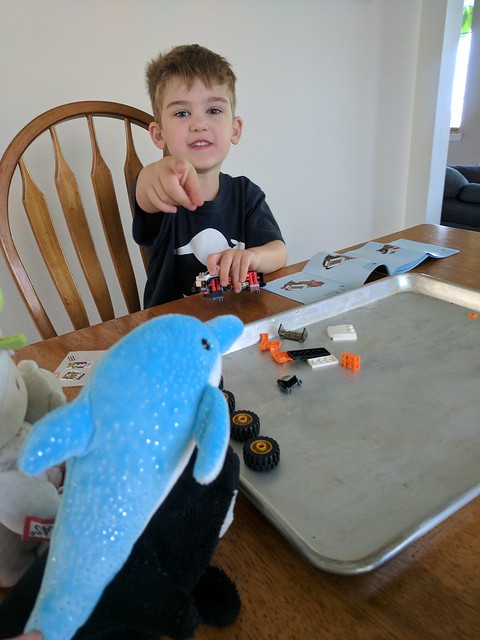