To celebrate having the Friday before 4th of July off, Dad and I organized a very modest group ride up to the Paradise overlook on Mt. Rainier. We met up with a total of eight people, including ourselves, and we all wore masks when close to each other. But mostly we weren’t close — we rode up the mountain at our own paces, and ended up in groups of three or fewer almost the entire time.

After so many months of stringing the same roads together in slightly different variations, it felt great to see new sights and ride new roads. Riding up the mountain felt decent — I’m not as strong as I was last time I rode there on RAMROD in 2016, but still pretty good. And it didn’t rain! Continue Reading >>

Yesterday I met with Dr. Sherene Shalhub and her entourage, which included one doctoral fellow (Dr. Becca Ur), one visiting doctor, and one student doctor-in-training. The little consultation room felt microscopic by the time everyone had squeezed in.

I’m going to cut to the chase, skipping over the witty repartee with the Loquatious Chinese Medical Assistant and the time spent rehashing my medical history and the history of my symptoms with Dr. Ur. Here’s what I think I learned from Dr. Shalhub. Continue Reading >>

I finished Levi’s Gran Fondo on Saturday and didn’t think I’d be riding much the rest of my trip.

My original Sunday plans didn’t work out, so I had the entire day until my 6:30 pm flight to find something to do. I had my fast bike, an extra change of clean clothes, a ride buddy, and a route with promised spectacular views. Why not?!

It took some figuring out — would the timing work so I could still return my bike for boxing and shipping? Could I do it and not miss my flight? Could my legs do another ride after Levi’s the day before?? Continue Reading >>

This is us before the ride. How optimistic and eager we look!

John and I started together, but got separated pretty quickly. We were in the first group to go, doing the longest route, and let me say — wow those riders are fast. I had already decided to just ride my own ride, regardless of what other people around me were doing. As a result, although I rode in proximity with other people, especially at the beginning, I spent most of the ride alone. That’s fine; it’s what I expected and it worked well for me. No pressure to push beyond what my leg could sustain. Continue Reading >>

Yesterday I did this ride.

Now, a few things about yesterday.

I’ve been training for this Gran Fondo with my friend John Jester, who’s gotten super strong and fast the last couple years. Now, with my leg, I can’t exert myself to chase people who are faster unless I want to experience excruciating agony. It’s incredibly frustrating. Anyway, John and I have been training together, and yesterday we met up for the last of the hard training rides before the Gran Fond itself.

We’ve ridden up Squak Mountain a bunch of times the last few weeks; its sustained grade and length make it a perfect training hill. Yesterday as we started climbing, a thunderstorm hit with torrential rain. I’d brought a jacket (the best on-bike rain jacket I’ve ever owned, bar none) and stopped to put it on. This was an on-again, off-again day, as it was in the mid-60s, making wearing too many clothes an issue also. Continue Reading >>

Double also, the Washington Department of Ecology once again rated air around here “Unhealthy,” thanks to the wildfires that have filled our air with toxins and haze for the last three weeks. My solo adventure stemmed from a desire to find somewhere else with better air to train. Continue Reading >>

Then my partner, who’s the engine, and I did a short trip to a bus stop. It only takes a couple minutes, but we always have to stop two or three times. I don’t like having to stop so much, and sometimes the engine seems a tad anxious, too–usually when we leave a little later. But we usually make it to the bus stop before the bus. 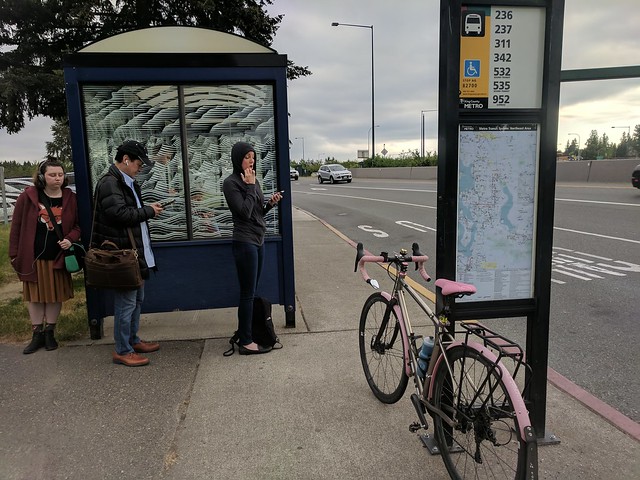 We spend a lot of time standing around here. I don’t know why. I’m perfectly capable of doing the whole ride to work, but my engine insists on riding the bus. 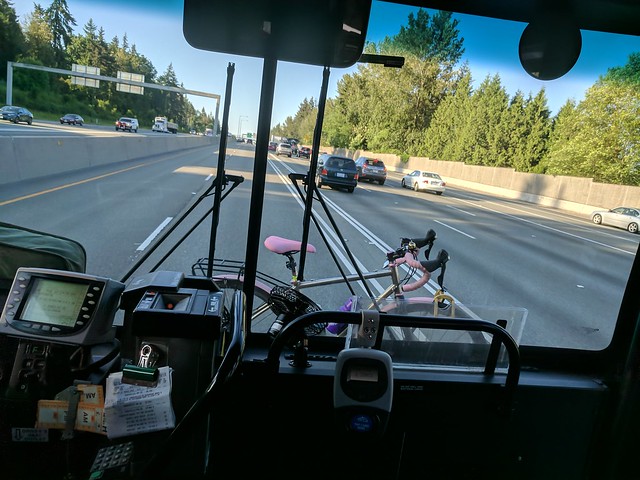 I don’t care for riding the bus so much. Bikes are made to have both wheels firmly on the ground, thank you very much.

But once we go across the two bridges and get to the busy noisy place, we get off the bus and my engine and I get rolling again for another short trip with many stops.

There’s a few things I don’t understand about the busy noisy place.

First, we have to stop all the time – six or seven times, maybe more, in less than 10 minutes of travel time. We would get there much faster if the engine wouldn’t stop me so often. 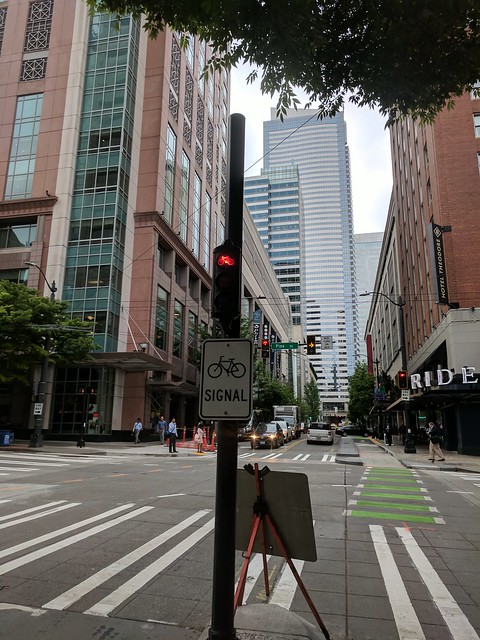 Second, sometimes I noticed we get our own special road just for partnerships like us. 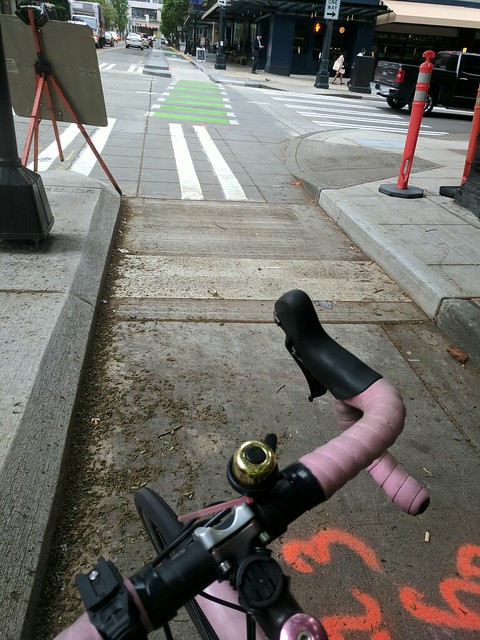 I see lots of us zooming around. The other day we went on one special road for a very short way–about 0.3 miles, the computer told me–short, but super fancy. Later I heard the engine mention that road cost $3.8 million.

What I want to know is: Why’d someone spend all that money for that? My engine and I like our special roads, but just marking it with paint is good enough for us. We didn’t care for the fancy raised up section and the way it feels like we’re on the sidewalk with the intersections with driveways. Sidewalks aren’t for us! Why are they making pretend sidewalks and calling them bike roads?

Anyway, we got to the dark place where I hang out with my friends while the engine does other stuff for a long time. 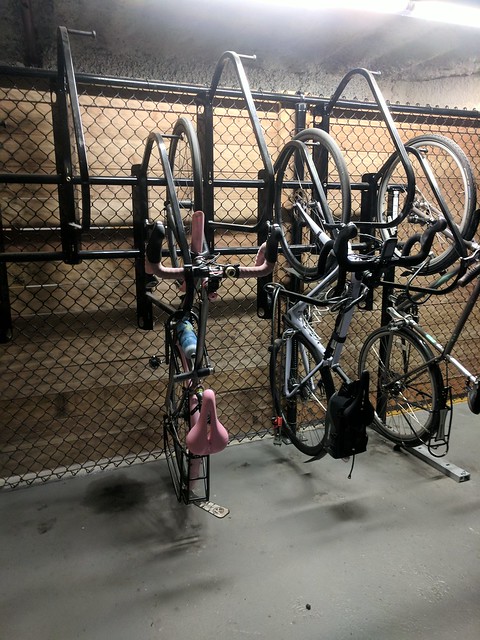 As usual, I spent the day there hanging out and shooting the breeze with the other bikes there. I’m meeting lots of unfamiliar bikes who say they only go out when it’s sunny. I say, what’s the point of that? I have fenders, and the engine seems to work okay in the wet, although maybe not as optimally as when it’s sunny. I don’t know why that should matter, but apparently it does.

Eventually, the engine came back and we rode back to the garage home, where we started. I don’t understand why the engine does this most days — not every day, but mostly five days out of seven. Why?? 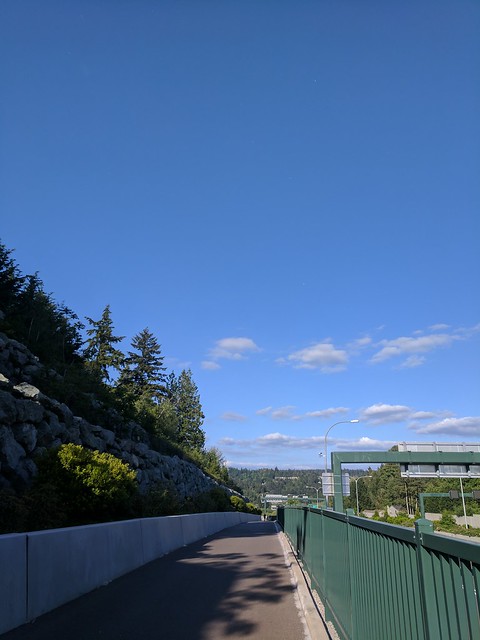 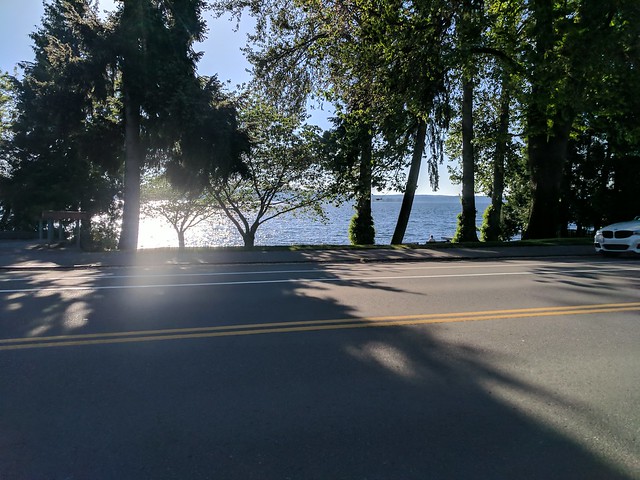 … But other times she hardly looks around at all. What’s the point of that?

Anyway, I’ve noticed there are places — always at the same spots — where the engine pedals slower but breathes a lot louder. She did it again on the way back this time, even though I’m sure I heard her say she was going to not breathe heavy while riding for a while. 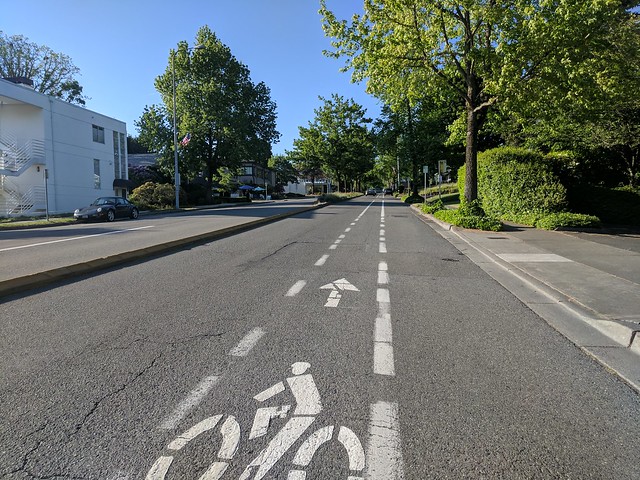 I’m not sure why we have to slow down so much on those sections, or why she seems to be panting at times, but after those times, I often get to go fast.

Except sometimes the engine slows us down for no reason I can see. And sometimes she doesn’t help at all — I have to do all the work. How fair is that?! When it’s up to me, I always make sure we roll along plenty fast.

On the way back, we have an awful lot of times we have to stop. I don’t like that. I want to go faster. We especially already stop at some of those places almost every time. 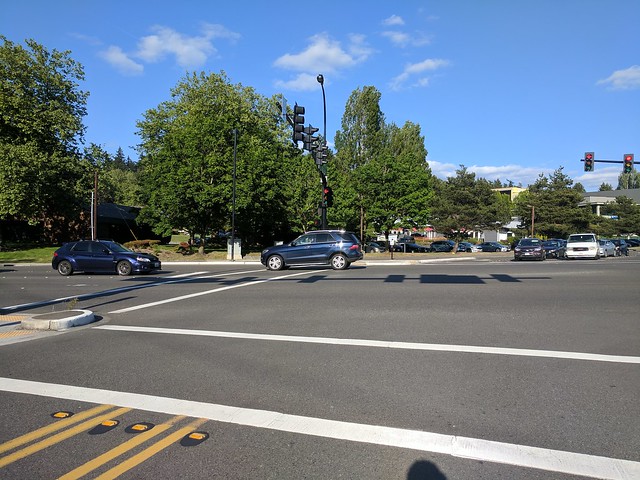 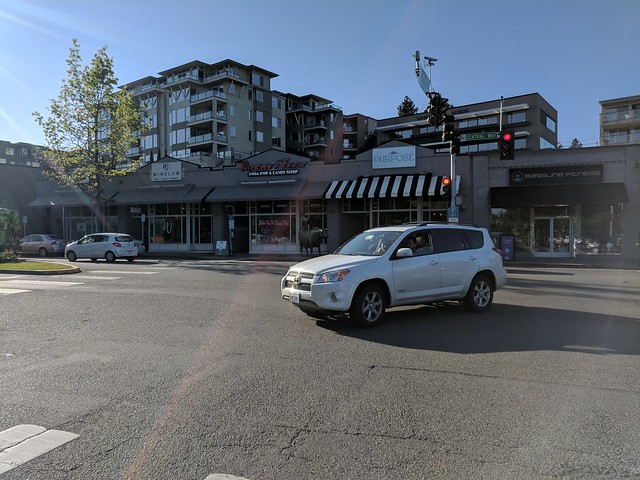 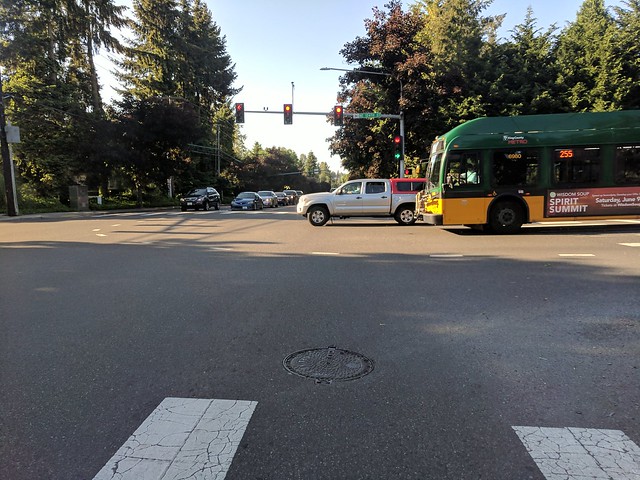 Maybe the engine likes the view?

Anyways, lately I’ve noticed all this fluffy white snow floating around, except it doesn’t melt and it’s much warmer than regular snow. But just like regular snow, it piles up on the sides of sidewalks and the road. 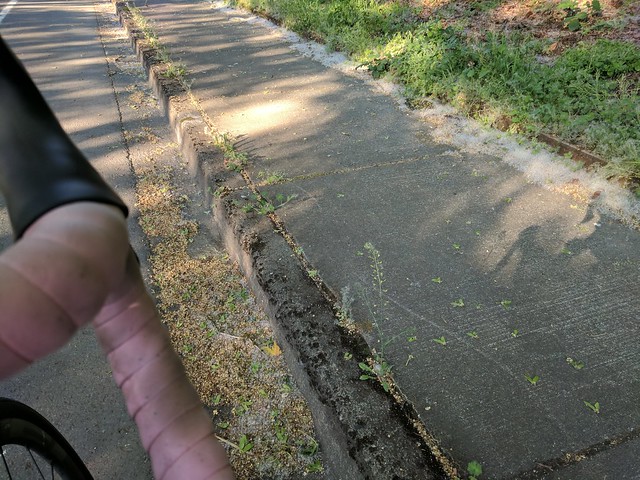 At first I was nervous going over it. Snow is slippery. But this stuff wasn’t slippery at all — just super fluffy. I noticed the engine went with her mouth closed when there was the most fluff, but that seems ridiculous. I bet it tastes like sugar. Yum! If I had a mouth, I’d totally try tasting some.

So then we finished our ride home. I know the route pretty well, except sometimes the engine takes us different ways. Sometimes we just do loops with very slow parts and very fast parts; other times we just go on different roads and I’m not sure why.

When we got home this one day, there were two other engines out playing. My engine spends a lot of time with them. I think they must be extra-special to her. 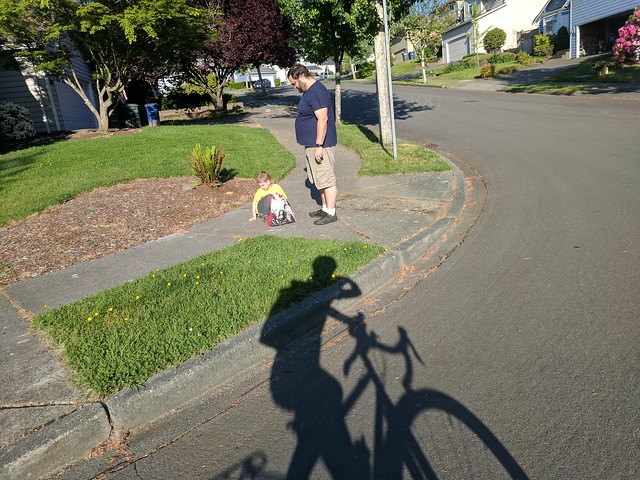 So that’s what my life is like. Maybe another time I’ll write about the days we don’t commute, and instead go on long rides. But right now I’m out of time. The bus is about to let us off in the big noisy place and we got to roll!

I hope we go fast.