On this rainy, gloomy Saturday, my sister — in town for a little while from southern California — joined me, Ian, and Benji on a trip to MoPOP (http://www.mopop.org/).

I’d never gone inside the building, despite having seen it lots of times, and I found myself unexpectedly delighted by its architectural whimsy. Yes, it’s ridiculous and pretentious, and not exactly what I’d qualify as beautiful. But it’s fun. Benji wants his room clad in organically curved reflective metal panels now. Continue Reading >>

Today instead of riding our bikes through the veritable monsoon conditions, Dad and I took Benji to MOHAI. I had fun memories of visiting there as a kid, and recalled that they had fun, more hands-on exhibits than most museums.

MOHAI has moved since I visited (it has to have been 20 years since I went, if not more), to a really cool art deco-style building in South Lake Union. Normally I assiduously avoid South Lake Union, which during the week turns into an insane snarl of gridlocked vehicles full of grouchy drivers. But on Saturday at 10:00 am, it wasn’t bad at all. We even easily found parking in the microscopic parking lot, which was completely full and had cars waiting for a spot when we came out a couple hours later. 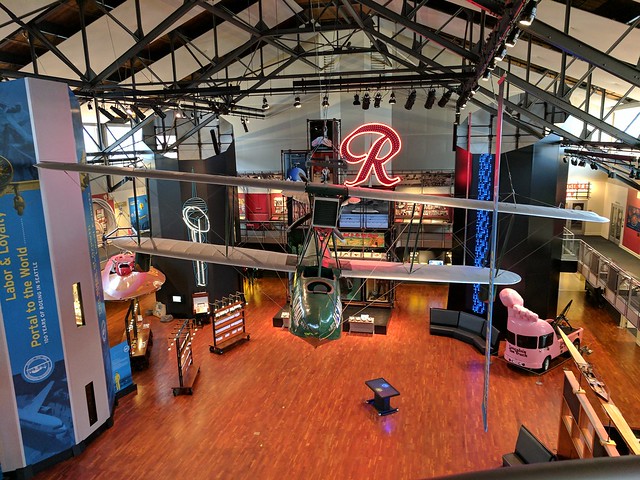 I was delighted that they had the Lincoln Tow Truck, which we saw parked for many years and were sorry to notice vanish some years ago.

They had a kid “construction” area, which we did spend some time enjoying. We tried out all the different stuff, but Benji isn’t much into dressing up or acting stuff out. We did build with some interesting connector type toys, both in that kid area and in the “Idea Lab,” which basically had bins of K’nex-type toys. 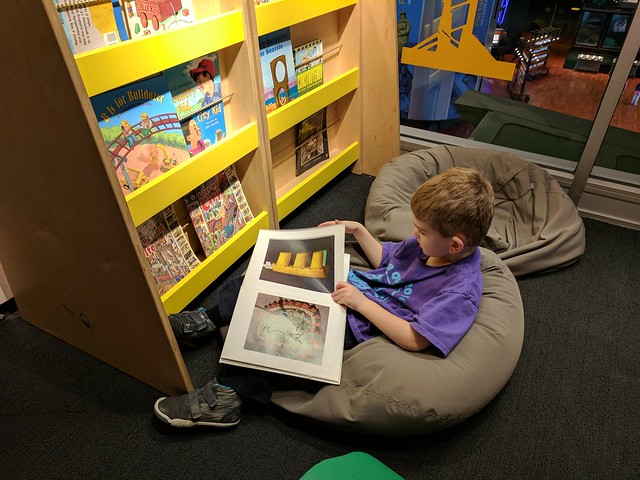 The majority of our time went to ricocheting around different exhibits way to fast to take anything in. After bouncing through several exhibits, Dad and I insisted on walking slowly through one whole exhibit of Benji’s choice (Edible City). They did have a number of interactive aspects, which we took advantage of. 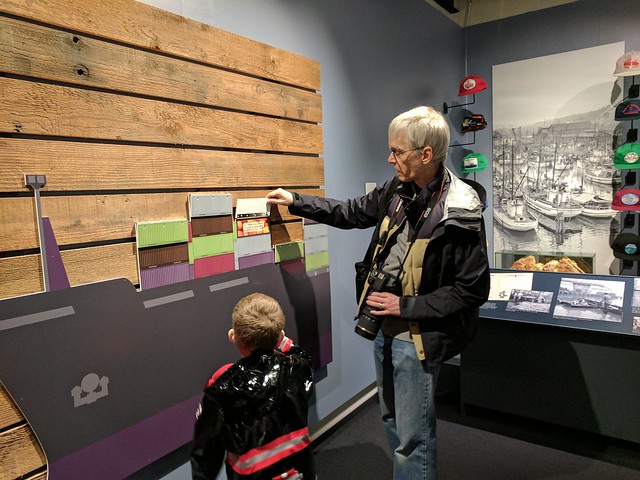 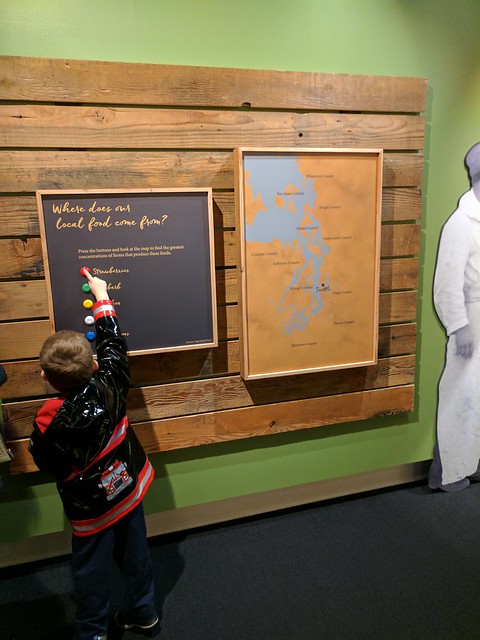 I liked the periscope up in the maritime room on the 4th floor; Benji and Dad looked at the ship’s wheel. 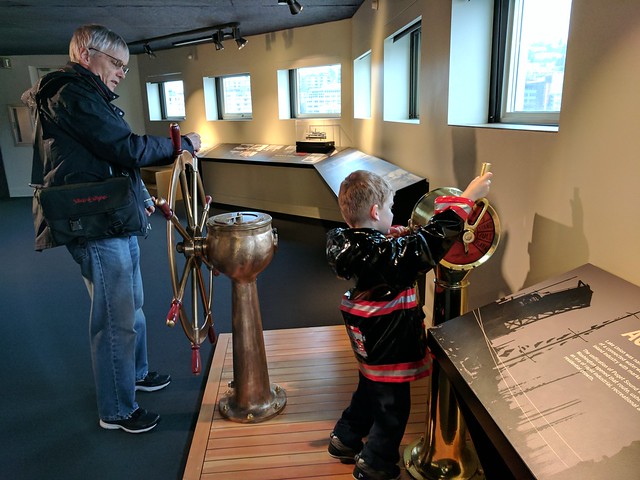 I think Benji’s favorite, and one that we all found quite compelling, was the interactive wall exhibit. You turn the wheel and one of the wall boxes lights up and something moves inside. They had a number of those spin-the-wheel-type interactive displays, which we all liked. 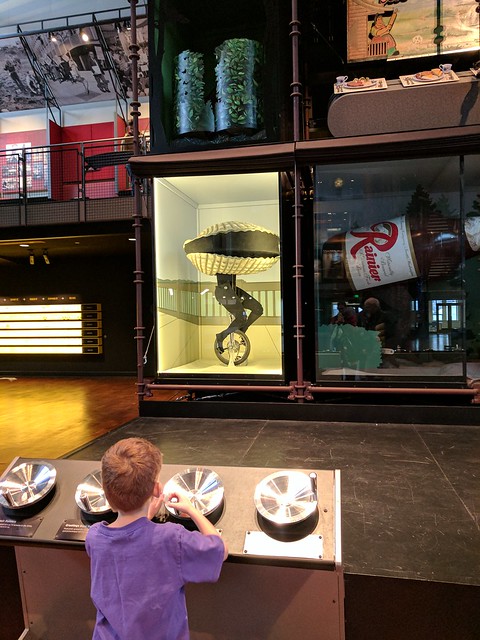 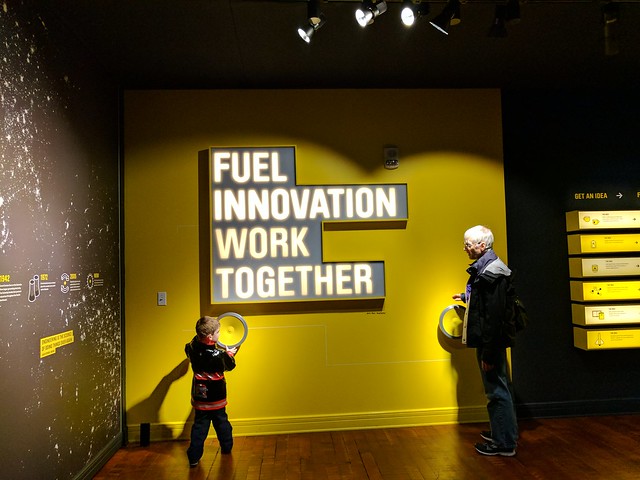 If I was kid-free, I’d love to go back there with my nice SLR and use my photography-eyes. It was a really interesting area, with the Center for Wooden Boats and various exhibition boats, the cool architecture of the museum outside plus the interesting lights and objects inside. Some day.

Edit to add: Here are some pictures Dad surreptitiously took with his nice camera. 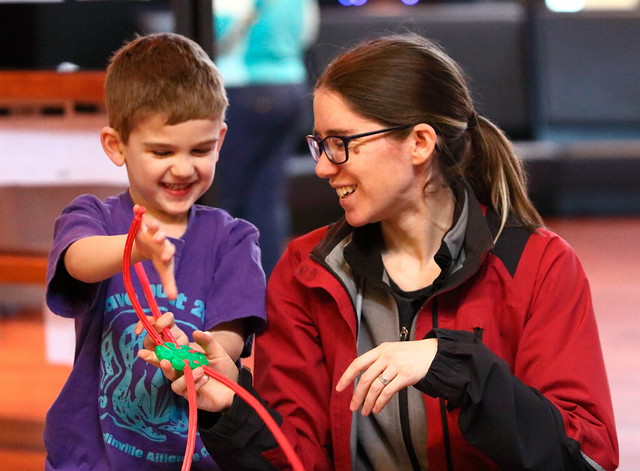 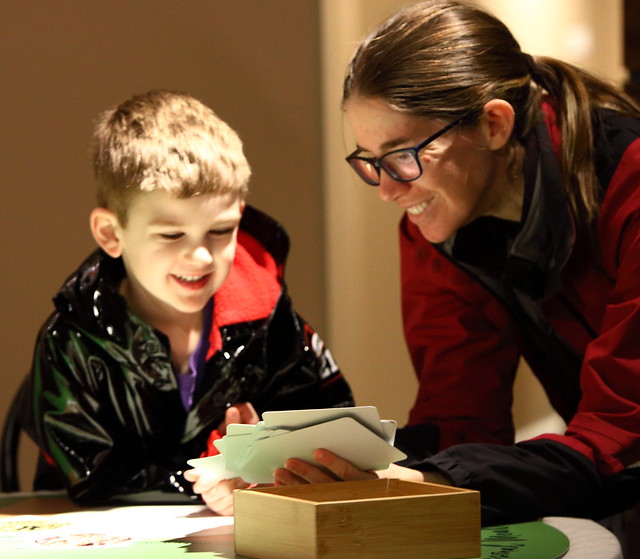 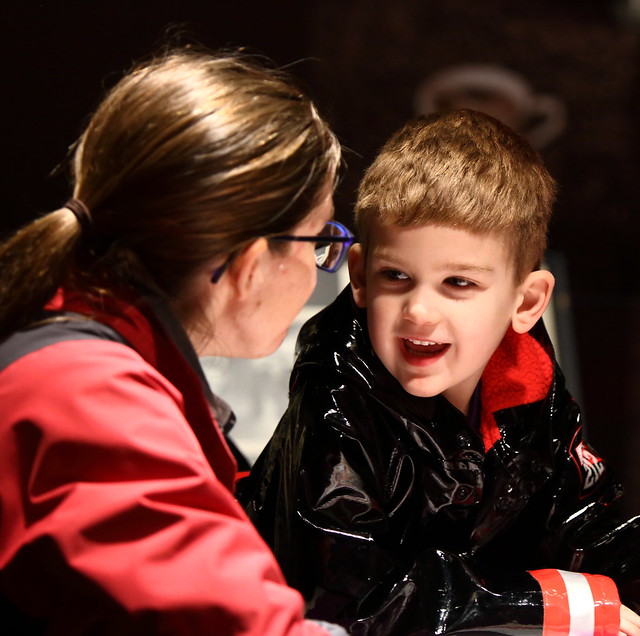 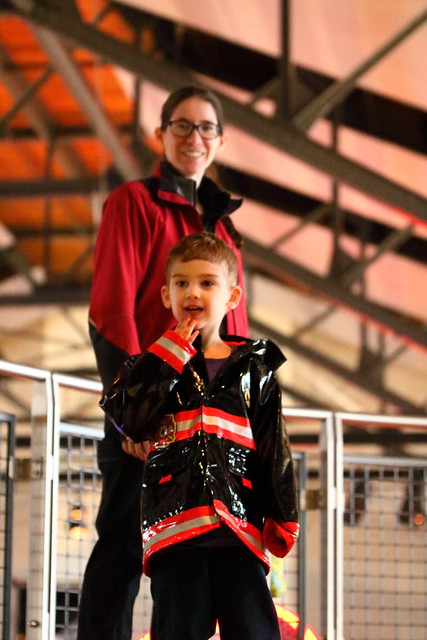 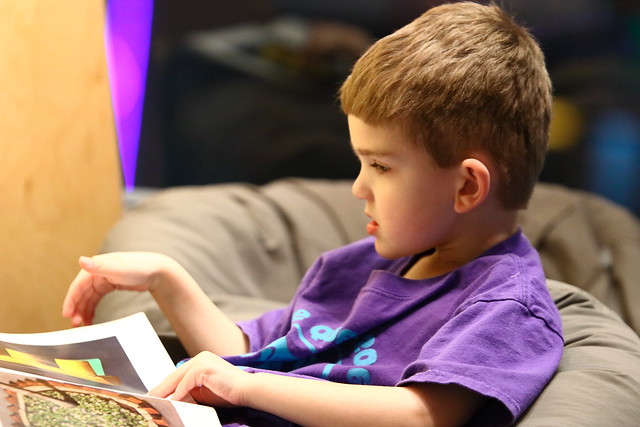