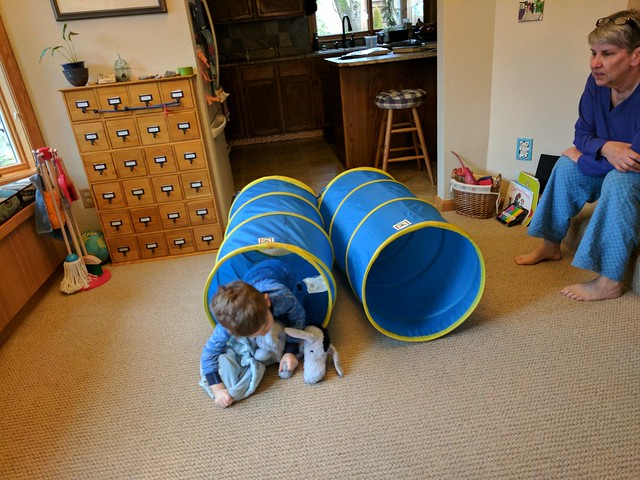 After I got the cold from Benji the Virus and sneezed him back out again, Mom picked him up, but she decided to wash her hands before touching her face. 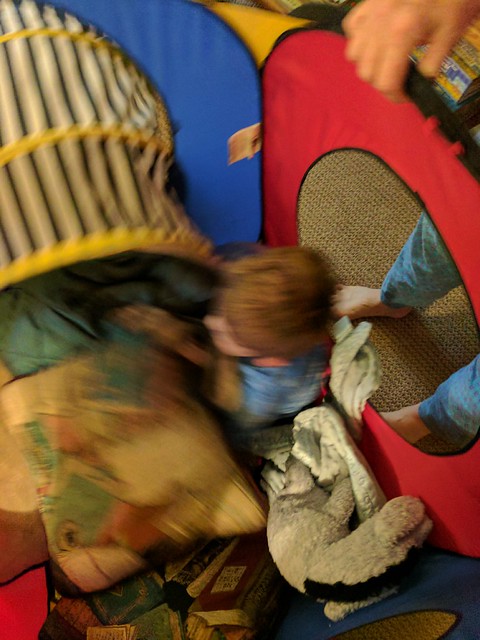 We tossed Benji the Virus into the “sink” along with some “sink gunk” (pillows) and proceeded to swirl him around and wash him away down the pipe to the waste treatment plant.

We did this game for perhaps 30 minutes, with variations. I doubt he’ll quickly forget why we wash hands after picking our nose! –That’s honestly the best I’m hoping for. Getting him to use a Kleenex, or (gasp!) actually stop picking is far beyond my wildest dreams.

We made a couple of small plush-stuffed planets today. Well, actually, Mom made them, and it was actually a dwarf planet (Pluto) and Earth’s Moon. Fortunately, they’re pretty straightforward to make. We just looked at how a small beach ball was constructed.

To start, Mom introduced Benji to her 1940s-era Singer sewing machine and they explored exactly how it worked. 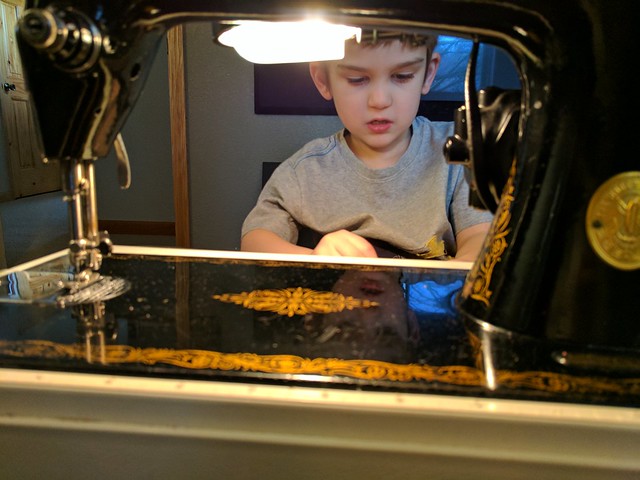 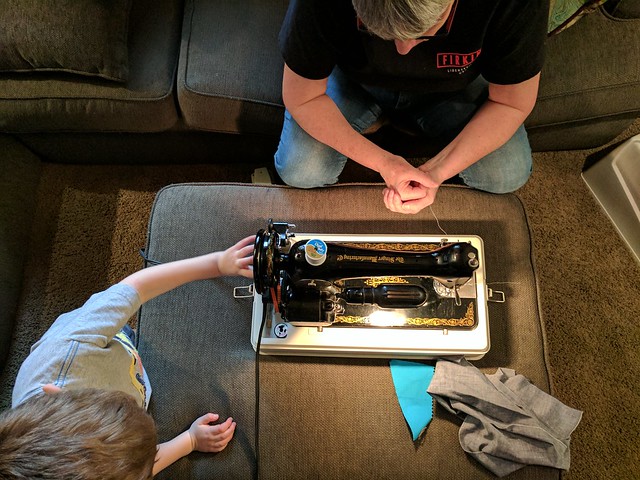 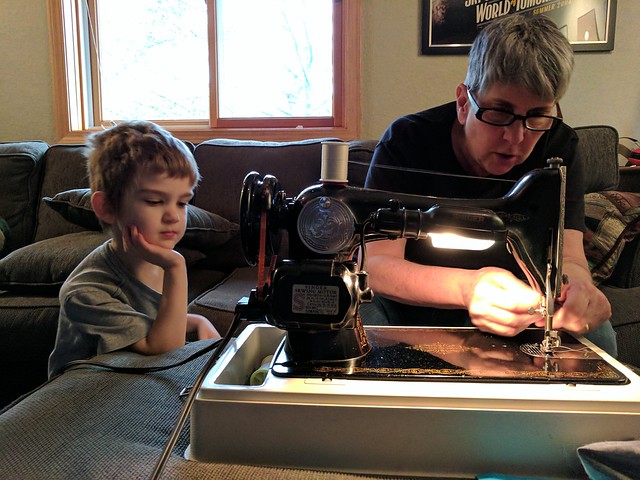 Benji helped with putting the pressure foot up and down. 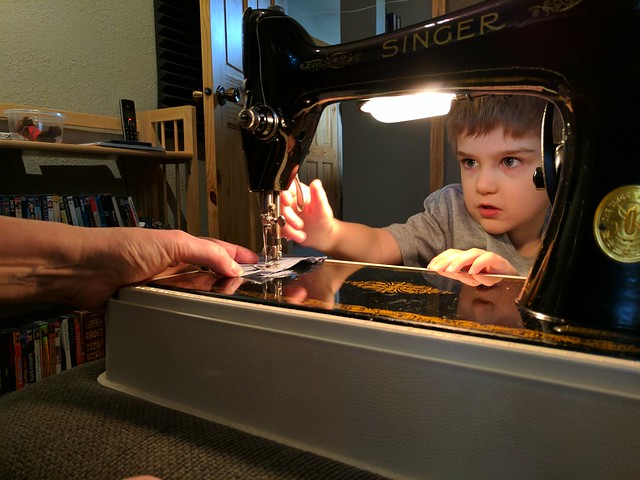 We fed the planet Pluto until it was stuffed!! 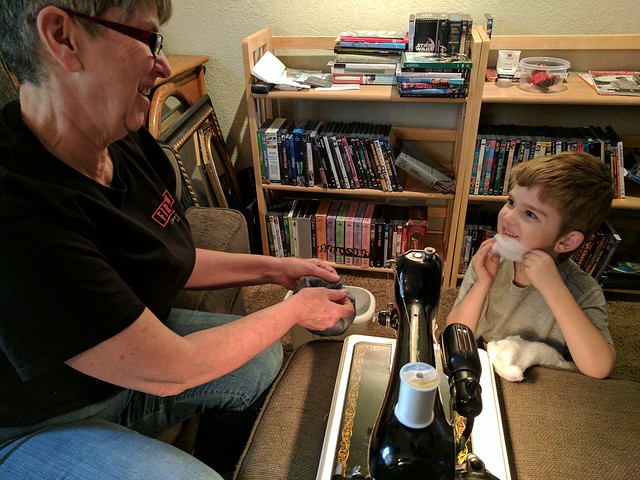 We also went to a fabric store to buy some material for the moon project. After that, I returned home to ride my trainer and do a little work/stuff around home, so I haven’t yet seen the outcome of the moon sewing. I expect it will be very similar to Pluto. The only problem is that Benji is expecting to make ALL the planets today — not feasible, time-wise or inclination-wise. And then when we finally do get all the planets made, where will we store them?!!