OK, Benji actually only turns 5 once. But this weekend he gets to turn 5 twice, once on Saturday with our family and once on Sunday with his friends. Today we:

Went to the KidsQuest Museum in Bellevue in the morning. I skipped my big ride and spent the morning with Ian and Benji having a truly astonishing amount of fun at the KidsQuest “museum” (in the loosest possible sense; to be fair, it did have the occasional random fact on the wall, but really it was a fabulously designed play zone for kids).

Benji gravitated to the trains first, and it was very difficult to pry him away. Which, frankly, is reasonable — it’s not only the biggest train table I’ve ever seen, with several different areas where the kids could pop through and stand in the middle, but it was representative of Seattle, the Eastside, and the rural area to the east of the Eastside. 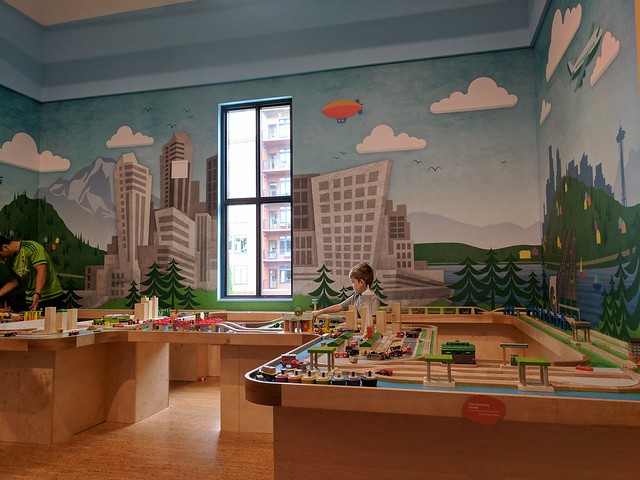 We ultimately insisted that we explore the entire museum before spending the entire time at the train table. I’m sure glad we did, because we also found… 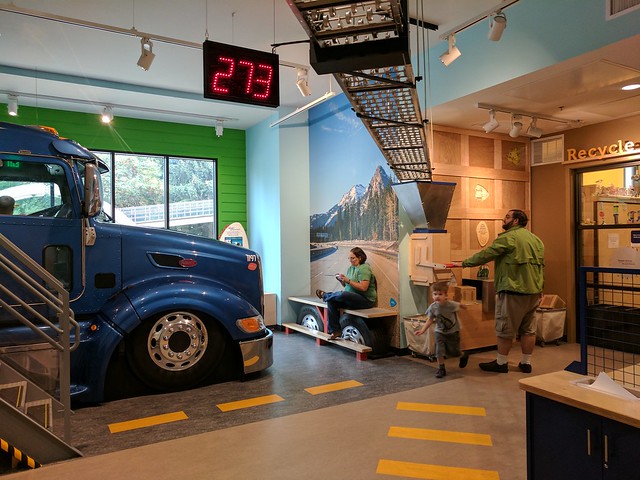 This really doesn’t do justice to the super cool conveyor belt system they had that allowed you to convey boxes all over the room. Plus, kids could go in the truck cab and do a ton of different stuff. 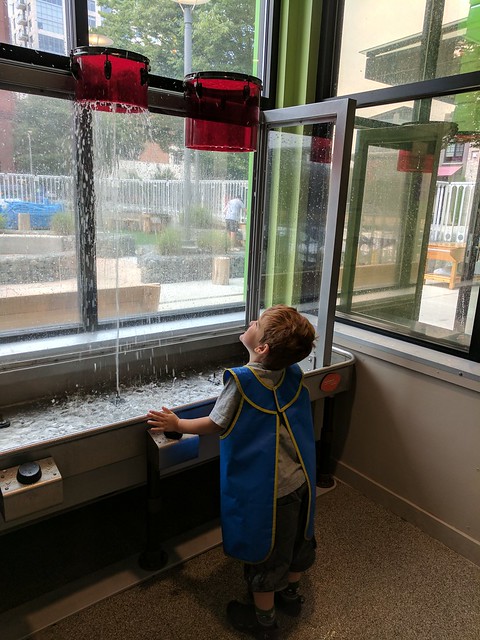 Oh my gosh the water room was amazing. A-MAZING. It literally had a magnetic maze you could run water through; these drums that water shot up and drummed; vortexes you could put balls into and play with; and so much other super cool stuff.

When it was time to dry out Benji and I went and built a castle out of giant foam blocks. 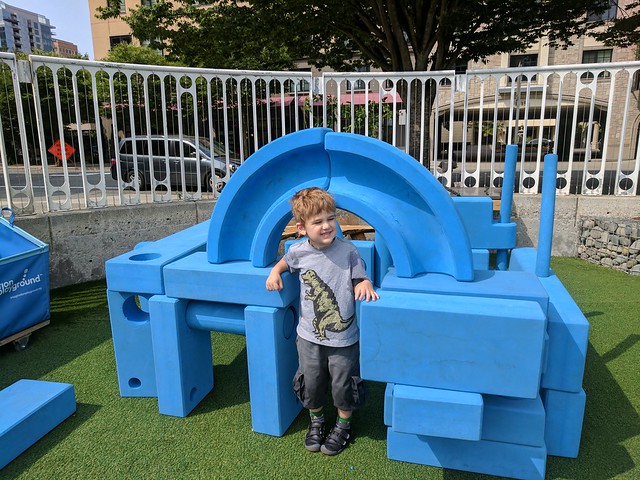 We are seriously considering getting a year membership. It’s way handier than going to Seattle; although it’s not nearly as great as something like the Science Center, we also didn’t have to commit the entire day to the activity. And it had such a wide variety of areas, I could see going there through the winter for sure.

While Benji had “quiet time” I sneaked out for a short ride. I tried to get in as much climbing as I could in 3.5 hours. This equaled not many miles, but 6,100 vertical feet. It was such a treat to breathe fresh, clean air and see blue sky! The temperature was perfect and overall it was the most perfect biking weather imaginable.

Not long after I got home and showered, our family arrived to celebrate Benji’s birthday! Jane and Auntie Cait are in town from Pennsylvania, which was a big highlight. 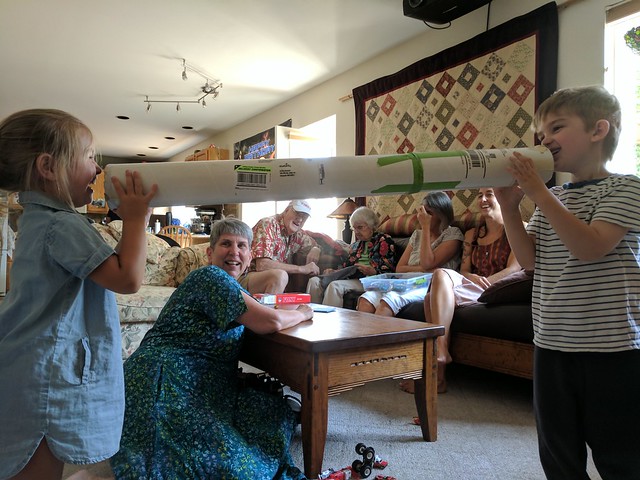 …well, OK, a big highlight after the set of 5 fire truck Matchbox cars Janie and Auntie Cait gave Benji, of course… Other presents were cool, too.