Yesterday marked the one monthiversary of buying our Bolt. 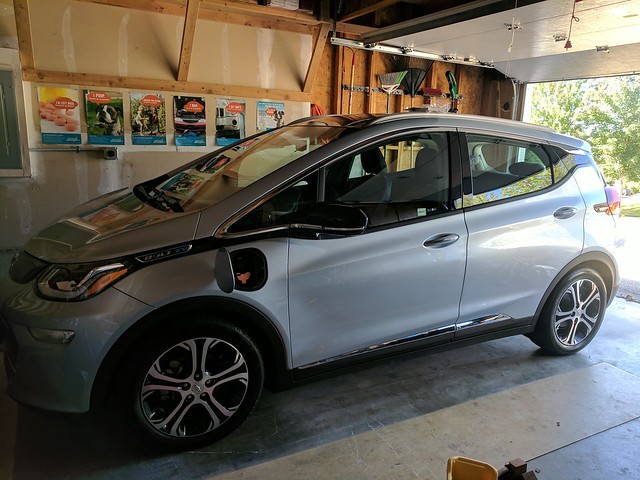 Since we bought it, we’ve figured out that:

Ian and Benji use the car the lion’s share of the time, since during the week I exclusively travel by bus or bike. It’s the first time I’ve actually wanted to drive the car… but not into downtown Seattle. I can’t believe how many people are actually willing to sit through the misery we call a commute in their single-passenger vehicles.

It’s been quite the month.

Benji, Dad, and I had a very fun Labor Day weekend, hitting Alki Beach and Twin Falls on back-to-back days. 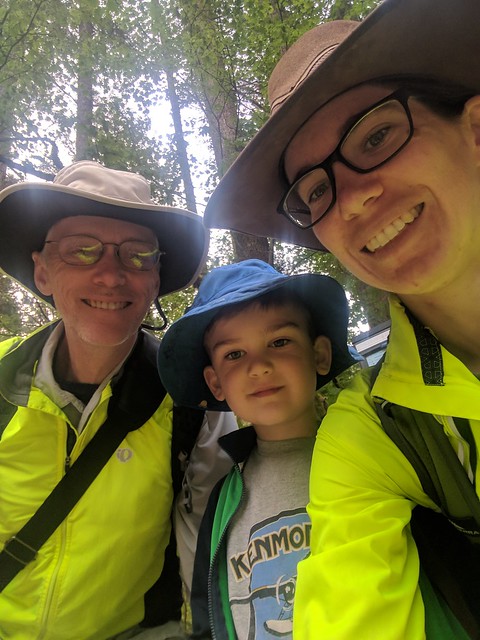 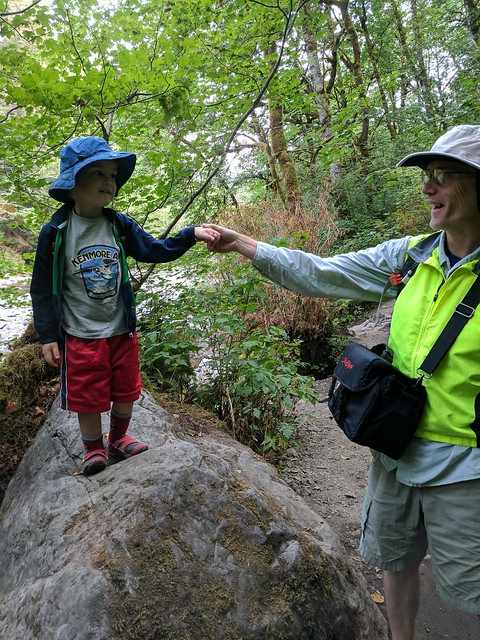 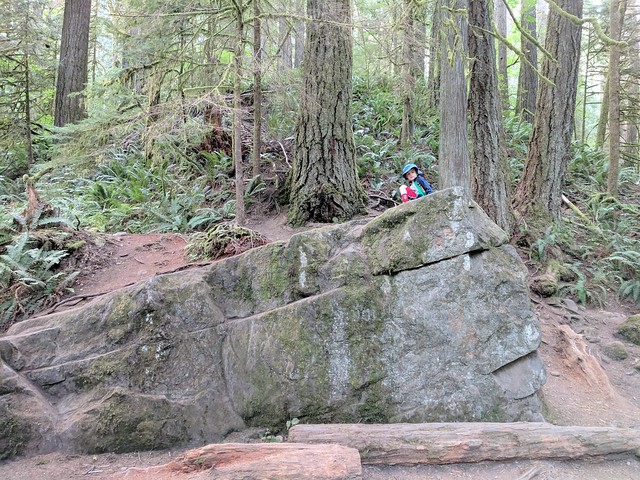 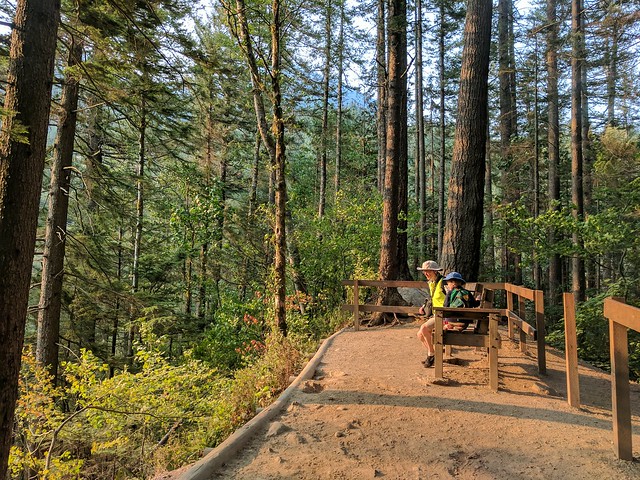 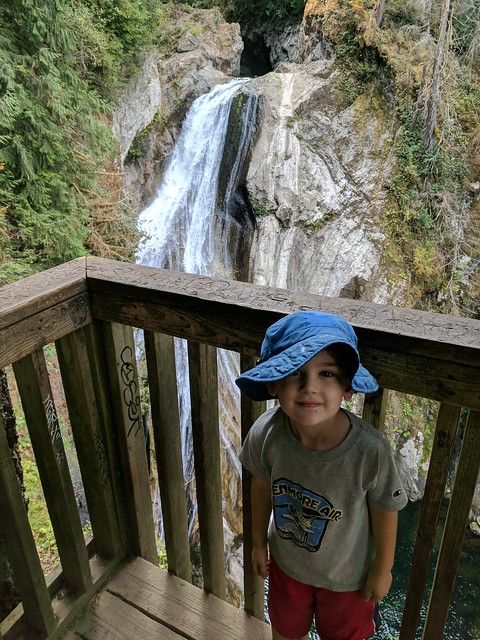 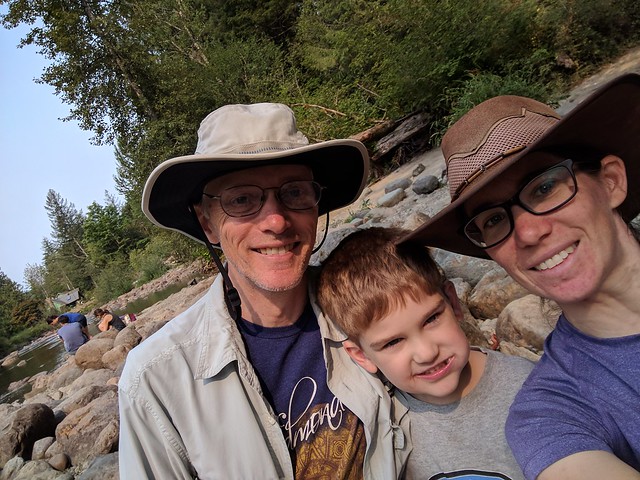 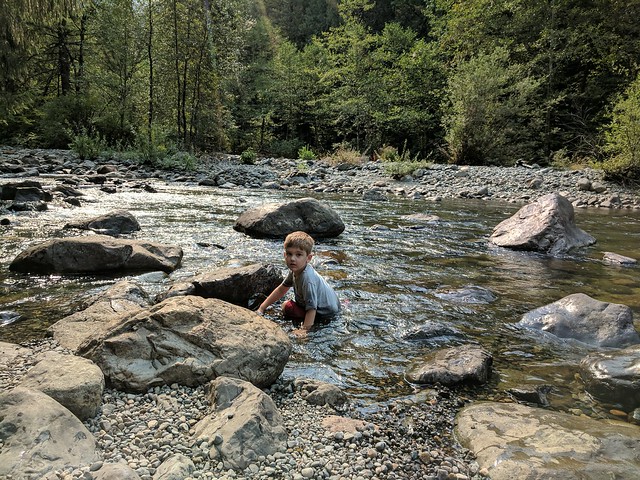 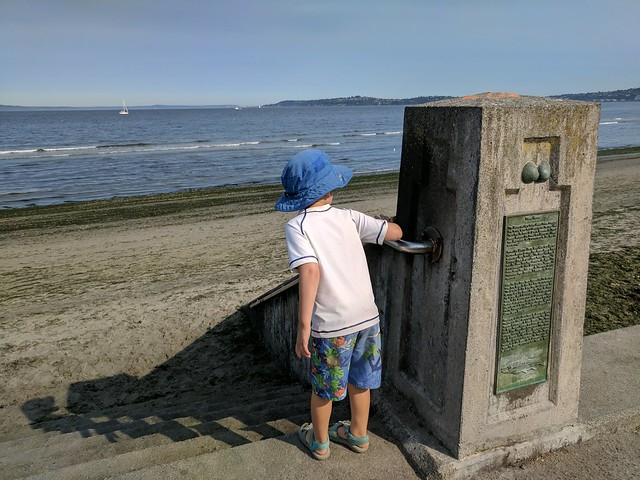 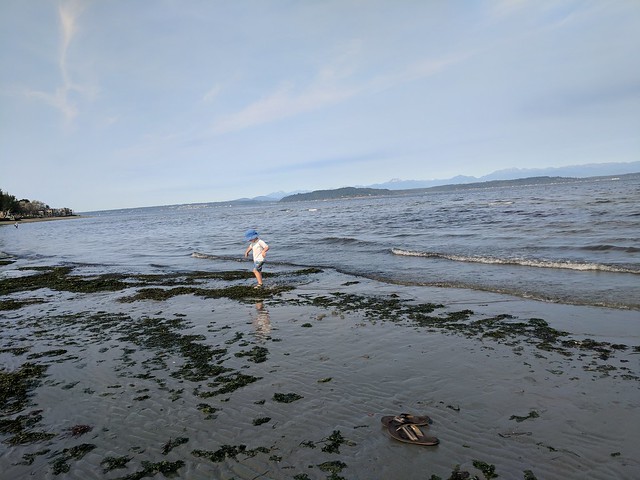 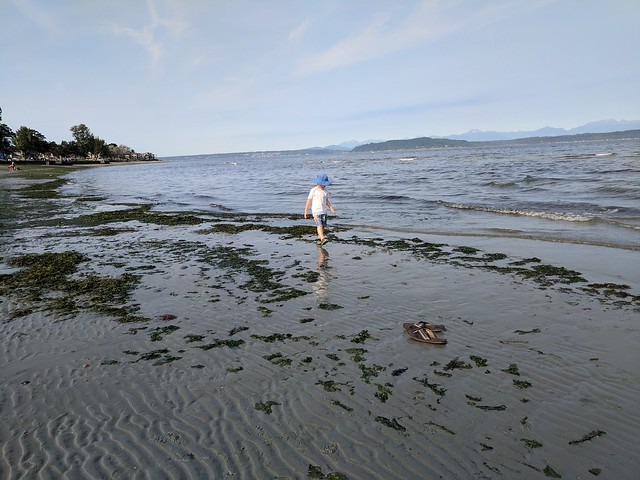 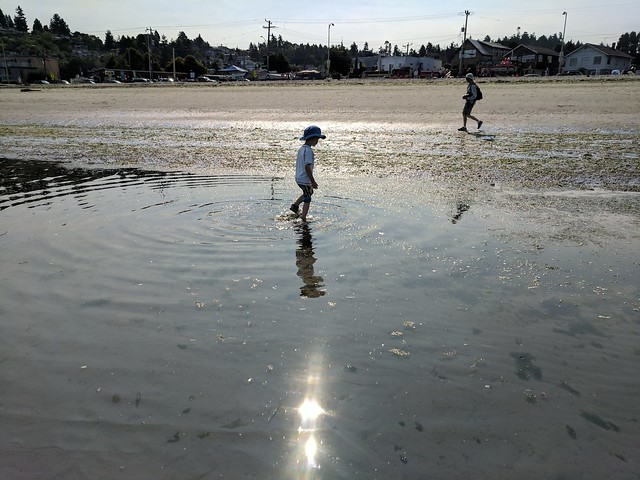 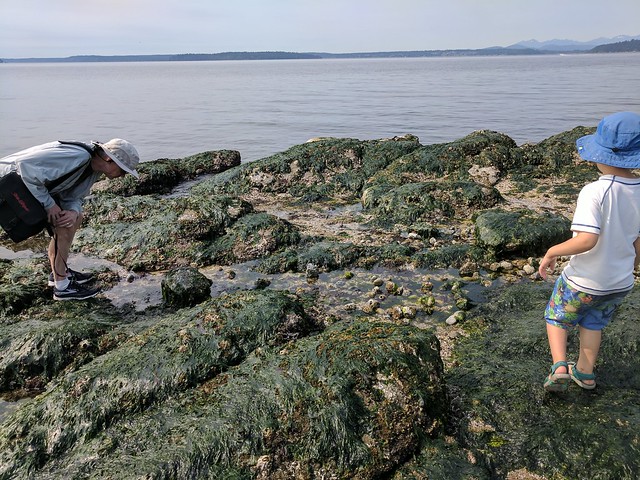 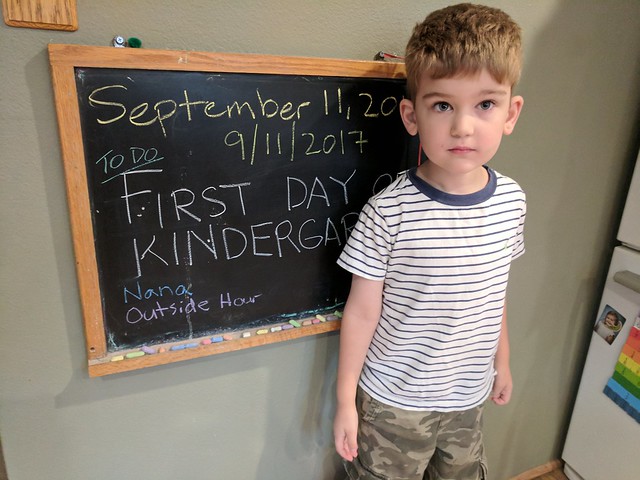 I think it’s going well, although to be honest, I hear very little of how the day actually went. All I can really say is that Benji goes, and then I see him in the evening and he probably has a craft and is tired-hyper. But anything in between — going to school, having lunch, doing the afternoon with someone — I just trust is happening.

But overall, from the little snippets I do hear, Benji is liking half-day kindergarten. We’ve started keeping track of our reading hours, and so far it’s about an hour a day. He also said he likes having his best friend Will in class with him, and his two favorite parts of the school day are free choice and recess. Just about right. I tried to ask about academics, but aside from being really excited about doing colors this week, I haven’t heard much.

So far, Benji’s remained astonishingly healthy, but he’s been sniffling and sneezing lately, so I expect that’s about to change.

At Benji’s 5-year doctor visit we determined he’s totally normal in terms of physical growth and such. The doctor did refer us to Children’s for an assessment of large and fine motor skills as well as speech. That’s still pending.

Meanwhile, we’ve had two weeks of school and no pattern set yet. Next week will be another week with no pattern, but starting in October things will hopefully settle down.

My work has gotten increasingly busy. I like it, and I haven’t dropped any balls yet, but I’m starting to get close to full capacity. I have a secondary project that I’m really excited about, but it’s taking a long time because release notes and release-related content updates always take top priority. This release cycle, which finishes on release night on October 19, has a number of big stories that require quite a bit of time to document.

I’ve been bringing my work laptop home on the weekends in the hopes of getting some work done, but somehow I hardly ever do. It’s work I love, but weekends are so full, especially with wanting to spend time with Benji and Ian since I don’t see them as much during the week; biking; and (importantly) catching up on sleep (hopefully).