After our orange paint excitement on Saturday, one of us discovered paint in our hair. Apparently someone brushed his head against the wall that had wet orange paint on it, giving adding unintentional orange highlights.

Being a capable, independent 7 1/2-year-old, someone solved the problem himself: he started to cut his own hair. While I like the initiative, we moved quickly to head off (pun intended) the problem by obtaining a real hair cutting kit.

Last night Ian administered Benji’s first at-home haircut. At first Benji wanted to set the buzzer to one meter, rather than a few millimeters. Then we measured my hair and determined my long hair is 55 cm, or barely over half a meter, and he decided he actually wanted it to be an inch.

Here’s how the hair cut went: 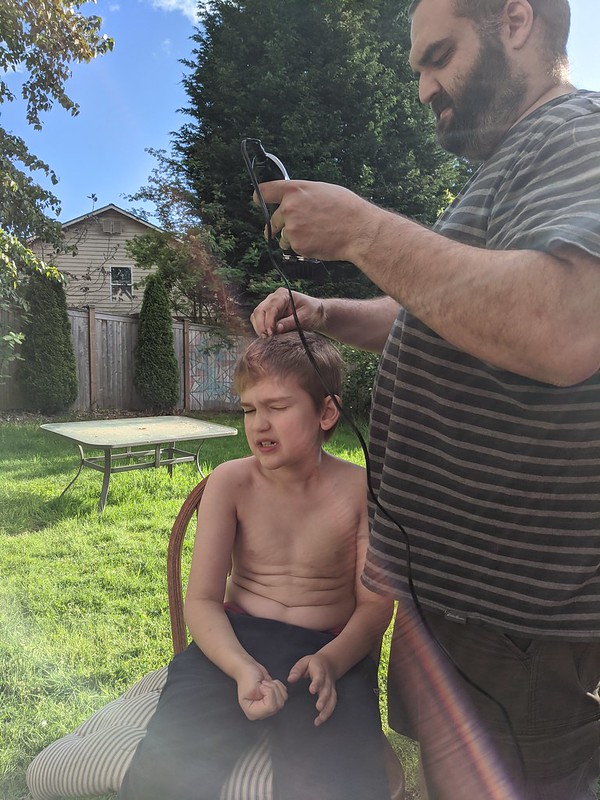 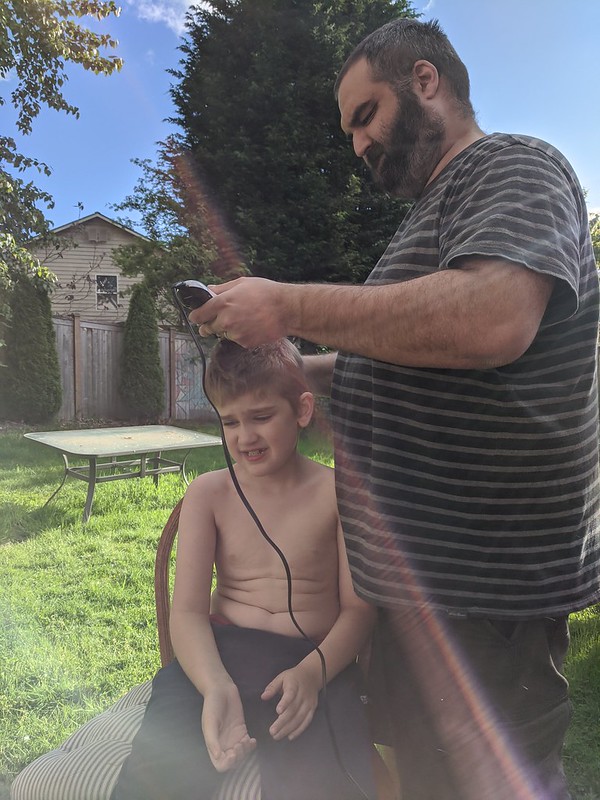 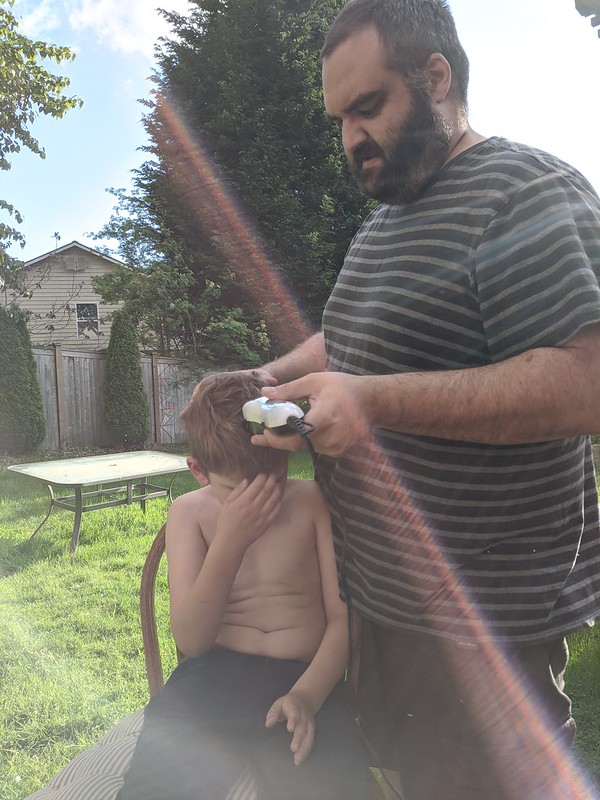 Actually, it wasn’t that bad, and the evening hair washing went much more smoothly.